Through my constant research of Thomas Seymour I’ve been led on an unexpected journey to discovering the young Elizabeth Tudor. From those who read my blog often you know that I tend to write mostly about the reign of Henry VIII because, well, that’s where I started and there is so much to tell! This is why I’ve decided to write this piece about my current understanding of Elizabeth Tudor – undoubtedly a monarch I still have a lot to learn about.

Born on the 7th of September 1533, Elizabeth was not the son that her father (Henry VIII) and mother (Anne Boleyn) had expected. From the beginning all of the royal physicians and astrologers, save one, had predicted that Anne would indeed have a prince. When Elizabeth was born there was a disappointment by both parents but Henry assured Anne that sons would soon follow and Elizabeth had a splendid christening that was fitting a princess.

As far as her life prior to her mother’s execution, I can confidently say that Elizabeth had little memory – just as you and I don’t necessarily remember what happened when we were two and a half years old. My son was three years old when his father and I finally married and while he remembered it for a few years after, now at 13 he doesn’t remember it at all. The same can most definitely be said for Elizabeth.

Historian David Starkey states in Elizabeth – The Struggle for the Throne that “there is no evidence that Elizabeth met her father’s fourth wife, Anne of Cleves, during her six months of marriage to the King.” 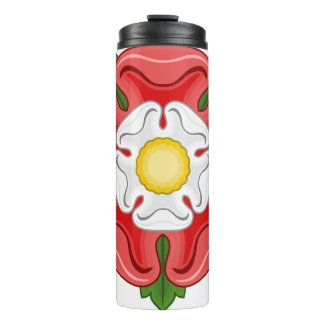 It was Katheryn Howard’s marriage to her father that most likely had the deepest impact on her future outlook on marriage. I recently read that after the execution of Katheryn Howard that Elizabeth told her sister Mary that she would never marry. Now, please forgive me because I cannot recall which book it was but it was most likely, The Wives of Henry VIII by Antonia Fraser or The Temptation of Elizabeth Tudor by Elizabeth Norton. I was surprised when I read it because it was also a scene is Showtime’s The Tudors. Robert Dudley was also reported as saying that Elizabeth told him at the age of eight that she would not marry – they may have coincided with the execution of Katheryn Howard as well.

When we move forward to the woman I would consider her favorite step-mother, Kateryn Parr, we see a woman who had a great influence on Elizabeth. Katheryn was like the mother that Elizabeth never had and she encouraged Elizabeth to study what she believed to be her mother’s faith – the Protestant faith. Nowadays, many historians and authors are quick to say that Anne Boleyn was a Reformist and not a Protestant. Anne wished to see changes in the church but before her death was concerned at how far Cromwell was taking it.

When I think of young Elizabeth I am often reminded of how she must have felt…no mother, a father who had declared her illegitimate and practically abandoned her for many of her formidable years and English subjects who had looked at her only as the daughter of the “Great Whore”. It all seems so unfair by today’s standards. These things made Elizabeth the person she became, just as our own pasts have made us into the people we are today.

After the death of her father, King Henry VIII, Kateryn Parr took Elizabeth into her household – something Elizabeth would have been extremely happy about. It is while in that household that young Elizabeth experienced her first crush. Thomas Seymour was a very attractive man with a lot of charisma.

Elizabeth’s attraction to Thomas Seymour is unmistakable. He was considered an attractive man who was easy to like – Elizabeth, like any young lady, enjoyed the attention she received from him. My gut tells me that it was his proposal to her (soon after her father’s death) that initially ignited the flame. 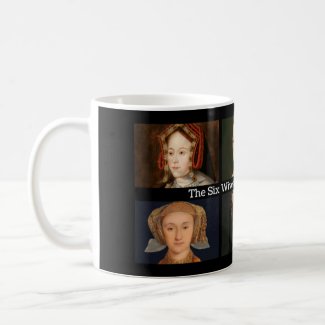 When Kateryn Parr caught Elizabeth and Thomas Seymour in an embrace she was livid. What exactly is meant by “embrace” is unclear – whether it was merely a hug between the two is uncertain, but one could assume it was more than hug. I know this isn’t popular opinion but I get the impression that Thomas kissed Elizabeth and she didn’t pull away – letting her teenage hormones get the best of her. Unfortunately, by succumbing to her feelings she temporarily severed her strong relationship with the woman who meant so much to her, Kateryn Parr. Fortunately, Kateryn was smart enough to know that the prudent thing to do was to send Elizabeth away.

The only people who knew about the embrace were Parr, Seymour, Elizabeth and Elizabeth’s governess Kat Ashley whom Parr told. In order to protect Elizabeth’s reputation she wrote Kat Ashley’s kin, Sir Anthony Denny and his wife (Kat’s sister) Joan to invite Elizabeth into their home. This was to cover up the fact that Kateryn Parr wished to separate her from her husband. Even Elizabeth’s cofferer, Thomas Parry could not remember if Elizabeth “went of herself, or was sent away”.

Word began to spread of the “affair” and speculation arose that Elizabeth was pregnant with Seymour’s child. These rumors were compounded by the fact that Elizabeth who, now housed with her new wards, became ill and took to her bed. This was once again, like so many times in her youth, an example of how Elizabeth’s health was associated with traumatic events in her life. These rumors became so bad that Elizabeth felt the need to write the Lord Protector (Edward Seymour) to tell him that she had heard the rumors and would like to come to court to prove them wrong.

This is just a taste of the things about young Elizabeth and I plan to continue with a Part Two.

Starkey, David; Elizabeth – The Struggle for the Throne
Norton, Elizabeth; The Temptations of Elizabeth Tudor
Fraser, Antonia; The Wives of Henry VIII
Porter, Linda; Katherine the Queen
Ives, Eric; The Life and Death of Anne Boleyn

—
Become a Patron! (Monthly Donation through my Podcast Website)

Do you ❤ this website and cannot get enough of it? Or would you just like to show your support for me, Rebecca Larson….here is an option for a one-time donation through a secure PayPal page. You do not need a PayPal account. Thanks in advance!